Saint Joseph in the tradition of the Institute

Pope Francis, in the Apostolic Letter “Patris corde” (With a Father’s Heart) of 8 December 2020, recalls the 150th anniversary of the declaration of St. Joseph as Patron of the Universal Church and, on this occasion, from the promulgation of the Letter until the same day in 2021, a year will be dedicated especially to him. As Institute and as a Lasallian Family, we also pay special honour to him as our Patron and Protector.

This event has led me to suggest the following ideas about St Joseph, which I have compiled from various documents of the Institute.

Perhaps they can help us to reflect and to continue, as De La Salle Brothers and Lasallian Family, to admire the virtues that De La Salle recommends to us and on which the Pope insists in the Letter: “There is a renewed need to appreciate” writes Francis, “the importance of dignified work, (…) which becomes a means of participating in the work of salvation and becomes an opportunity for the fulfilment not only of oneself, but also of that primary cell of society which is the family. Working persons are cooperating with God himself, and in some way become creators of the world around us” (PC 6). 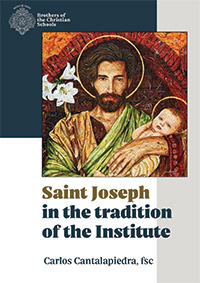 Saint Joseph in the tradition of the Institute 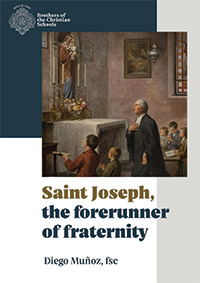 Saint Joseph, the forerunner of fraternity 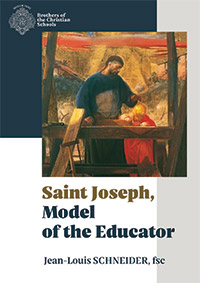 Saint Joseph, Model of the Educator 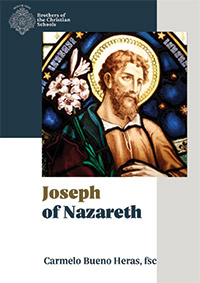